On June of 2016, it was confirmed that Tite was the man selected to replace the former coach of the Brazilian national team Dunga. 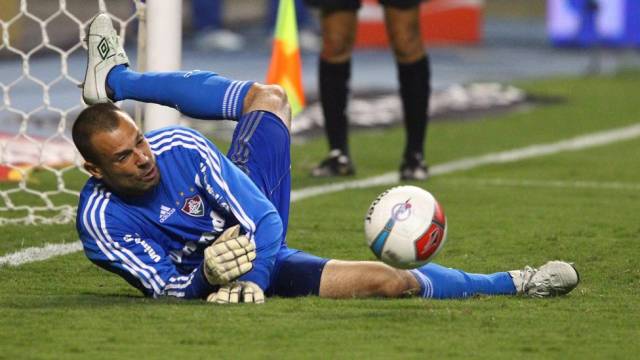 Dunga was sacked from his position after guiding the Brazilian national side to an underwhelming campaign where they failed to reach the knock-out stages of the latest edition of the Copa America Centenario.

Tite was recently selected as the new coach of Brazil and this has actually sparked a glimpse of light and hope towards Diego Cavalieri as the 33 year old has said that he wants to perform at the international stage with Brazil which is something that he has not been able to do in over 2 years.

‘’It’s not something that I’m planning now, but it’s a new coach, a new philosophy and we are always working to return to the national team. Every athlete works thinking about it. Brazil has excellent goalkeepers with great values that are competing outside of the country as well’’ Fluminense’s Diego Cavalieri said as he voiced his desire to return to the international scene with his country.

Alisson is the current regular starter in the goal-keeping position of Brazil and with only 24 years of age, he has his entire career lying ahead and it seems hard to believe that Diego Cavalieri will have any realistic chance of getting a consistent start ahead of Alisson or any of the other younger rising stars of the Brazilian nation.